Born in 1916, Ferruccio Lamborghini has given birth to the most extreme and luxurious supersportscars which made generations of fans dream. Hundred years after his birth, the house of Sant’Agata Bolognese celebrates him with a breathtaking performing car making its world debut at the Geneva Motorshow and bound to be produced in twenty units only: the Lamborghini Centenario. This is the roadster version.

Argento Centenario on a very exclusive Carbon base.

This is the 1:12 version, a big news from Looksmart Models! 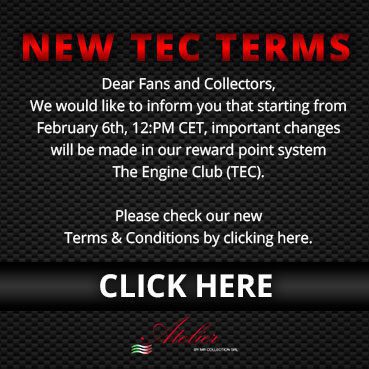